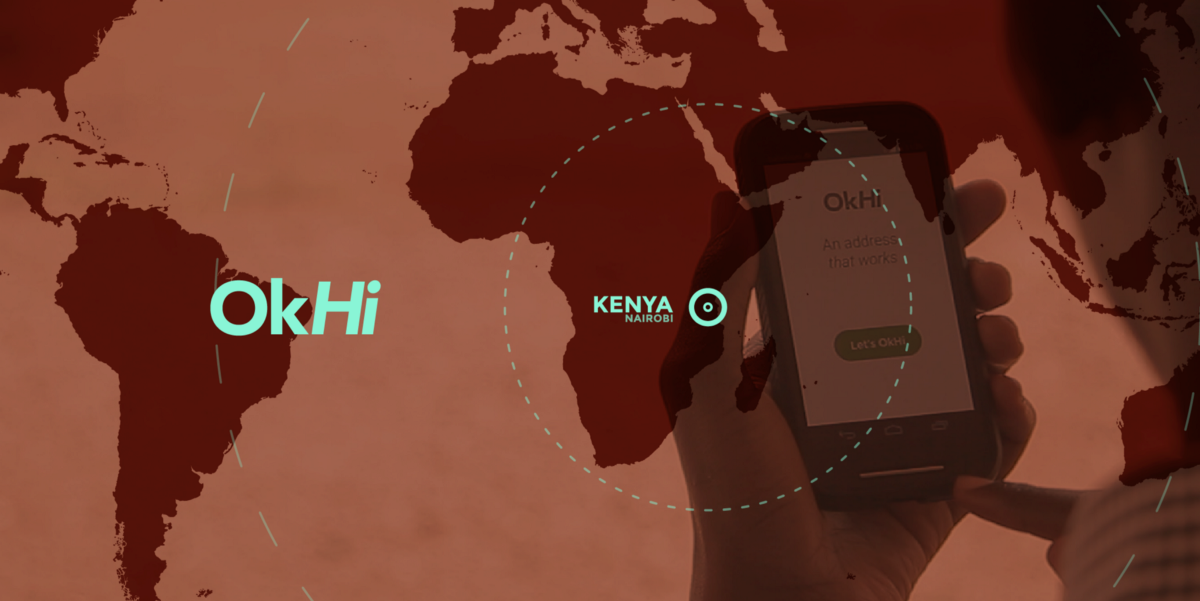 Founded in Kenya by Timbo Drayson in 2014, OkHi provides digital address verification to financial services, creating the world’s next-generation addressing system to tackle the physical addressing challenge that affects half the world and costs businesses an estimated US$200 billion a year.

Its products allow banks, fintech, and businesses to collect and verify customers’ addresses through their smartphones, replacing the need for utility bills and in-person interactions.

The company is the only smart address verification service globally with this smartphone feature.

OkHi’s service integrates into a mobile banking app or fintech application and enables them to digitally collect the accurate addresses of their customers and verify them.

The company is noticing strong demand from businesses in other countries globally, like Egypt, India, South America, and Southeast Asia.

However, the company has created addresses in 54 countries so far and is shunning requests to expand officially in those markets to focus on Nigeria, where it’s targeting to reach 1 million users.

It can be challenging to prove or navigate addresses in Africa due to poor addressing infrastructure. And for some countries like Nigeria, customers need to accurately provide their addresses to financial institutions such as banks and fintech to set up bank and other accounts.

Customers use inefficient processes like utility bills or sending physical agents to the address, both lengthy and costly procedures. But the challenge of address verification has a broader impact on the socio-economic environment.

According to a survey conducted by OkHi, a smart addressing startup on hundreds of Nigerians, 78% stated they were required to prove their address to get a job.

In addition, 50% said they did not have a utility bill and 57% revealed they could not verify their address in certain situations.

The consumers go to OkHi’s website and create addresses by dropping a pin on their map with a virtual representation of their street.

OkHi collects this address but uses location data from the consumer’s phone to actively check how long the phone spends at the address that the consumer saved.

After a while, OkHi builds up a profile using its “AI-powered verification engine” to determine if the consumer resides at that address or not.

Once consumers create and verify their addresses, they can use them across OkHi-partnered financial institutions, some of which include Interswitch via its Quickteller product and Stanbic IBTC.

A pilot conducted with the latter showed that its address verification product is 30% more accurate, 4x faster, and 50% cheaper than the industry standard of sending a physical agent to a customer’s door.

OkHi charges its clients on a per-transaction basis. Every time a business successfully verifies a customer’s address, it charges N500 (~$1).

Timbo Drayson is the Founder and CEO at OkHi.

Timbo secured his place at Seedstars World Final Event with his startup OkHi. OkHi’s mission is to accelerate middle-class growth by giving every smartphone user a physical address.

Timbo has been working as a Product Manager for Google for 7 years and he is a co-founder of Groop Gifts.

Timbo got his Master’s degree in Engineering from the University of Oxford.

In OkHi, Timbo is in charge of vision, strategy, hiring, and fundraising.

Navraj Ghataura is an experienced Chief Technology Officer with a demonstrated history of working in the logistics and supply chain industry.

He is skilled in Databases, Ruby, NodeJS, Android Development, and Linux.

Additionally, he is a strong business development professional with a Bachelor of Science (BSc) focused in Computer Science from McGill University.

OkHi has also raised US$750,000 in funding from a group of local and international investors, including Garage Capital, a seed and early-stage venture capital fund based in Silicon Valley, and former Google CFO Patrick Pichette.

OkHi previously raised US$325,000 from angel investors early in 2015, and it also received a $100,000 grant from the Bill & Melinda Gates Foundation’s Global Development Program.

The company will use this new round of funding to help it further its mission to give an address to the four billion people worldwide who do not have one.

OkHi has already mapped more than 100,000 locations in Nairobi, and it believes that its reach will grow over time and find wider applications, as location-based services take root in Kenya.

SEND: This is a digital freight forwarder and customs broker for Africa.

ChainCargo: This is your Digital Road Freight Forwarder.