Almentor.net went online for the first time in 2016, intending to meet the need for online resources in Arabic for self-improvement. The website has a library of original training videos and interviews with experts in the field. This gives people in the region new ways to improve their skills in areas like medicine, the humanities, business management, and entrepreneurship.

Almentor is also a high-tech online video marketplace for e-learning and professional business growth. It can be used by people in the Middle East and Africa. They offer high-quality training programs in Arabic and English through video lectures that include material made by experts and a guided, interactive curriculum.

It’s the brains behind a virtual classroom that can teach you anything from the basics of business to how to improve yourself. The company’s platform gives users access to online mentoring in the form of a library of unique training video courses and expert lectures on topics like management, technology, and design. This gives users the digital skills they need to advance their careers in these areas.

Additionally, it brings together the best video-based training programmes taught by industry leaders and makes them available through business-to-consumer and business-to-business channels. Most of the books in this library are written in Arabic. It has paid courses, free presentations, crash courses, and free courses.

Almentor has a lot of the same features that make popular sites like Masterclass, Udemy, and LinkedIn Learning so popular.

Users have to pay a monthly fee to watch any of the 12,000 available videos.

Students can watch lectures at their own pace with “video-on-demand,” and a “learning management system” encourages them to do interactive activities like discussion boards and quizzes.

Even though Almentor is available everywhere, it is meant for people who speak Arabic.

Their collection has books on a wide range of topics, from math and history to science and business. In the social sciences, authors from all over the world are seeking out to make sure that their work can be used all over the world. Even though almost every course has an Arabic option, many users will still notice similarities.

Almentor makes the courses with the help of experts in their fields and teachers from all over the Middle East and North Africa (MENA). The firm and the authors share subscription income Based on an agreement with Almentor for full and exclusive ownership.

More than 3,000 people have applied to take courses for Almentor, but only 12% of them have been accepted. The company actively looks for successful professors and works with other groups to find mentors. They also accept applications.

The fact that 2 million people are happy with Almentor shows that it works. If a student reaches this goal, it means they have read at least a quarter of the content available.

Most people who learn Almentor are between the ages of 18 and 40. About 51% of the students are men, while 49% are women. Nearly two-fifths (60%) are Egyptian, and the other 25% come from Gulf countries like Saudi Arabia, the United Arab Emirates, Kuwait, and Bahrain. The rest are Arabs from Algeria, Morocco, Niger, and other places who were born and raised in the United States and the United Kingdom.

Almentor was founded by Ihab Fikry, who is also the company’s CEO.

He is a popular host on some of Egypt and the Arab world’s most watched and listened-to media outlets, and he often travels to colleges, bookshops, international organizations, and public events to talk about and debate his ideas on modern management.

Ibrahim Mostafa Kamel is the COO of almentor.

He went to Maastricht University to study business.

He has worked in the digital industry for a long time and is a successful business owner and strategist. He provides a wide range of skills for running and growing online businesses since he has worked as a programmer, designer, researcher, manager, web marketer, strategist, and more throughout his career.

At the age of 22, he started the online shop Nilestone.com, which was one of the first local mobile app companies. Since then, he has had success with two more startups.

The Partech Africa Fund led Almentor’s Series B funding round, which brought in $6.5 million.

Almentor’s main audience is consumers, but the company’s success has been driven in large part by the more than 80 relationships it has built with organizations and governments.

The Egyptian Ministry of Education has made a second deal with the UAE government to help businesspeople in the area do better.

Now that this Series B round is over, Almentor has raised a total of $14.5 million.

It once gave out a seed fund of $3.5 million, which opened the floodgates for money. Now that this Series B round is over, Almentor has raised a total of $14.5 million which was led by an Egyptian company called Sawari Ventures.

Sawari Ventures had $71 million in the capital. Sawari, a South African venture capital firm called Sango Capital, took part in this Series B funding round.

The money will help Almentor make new courses faster and work with more mentors. The program only lets these mentors in after a strict screening process, and only 10% of those who apply are chosen.

Acadsoc: This is an online learning community where people can learn new languages, academic subjects, and practical skills.

T-Lab: It is a hub for learning Chinese around the world that is powered by artificial intelligence.

AntWalk: This is a B2B educational technology platform that helps companies speed up and improve their learning and development efforts. 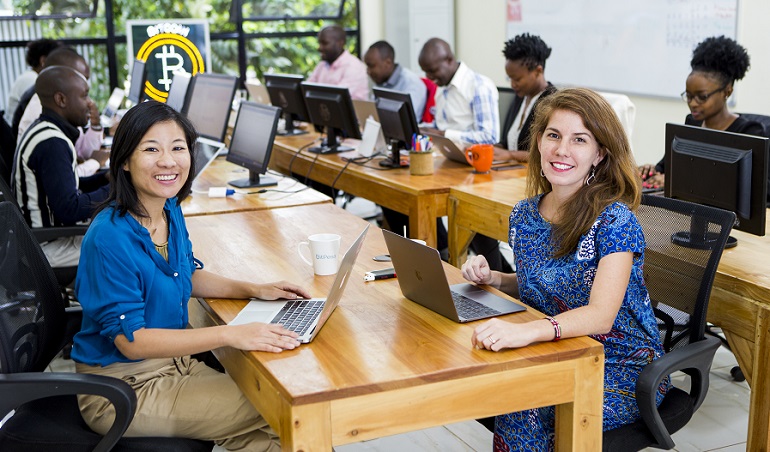