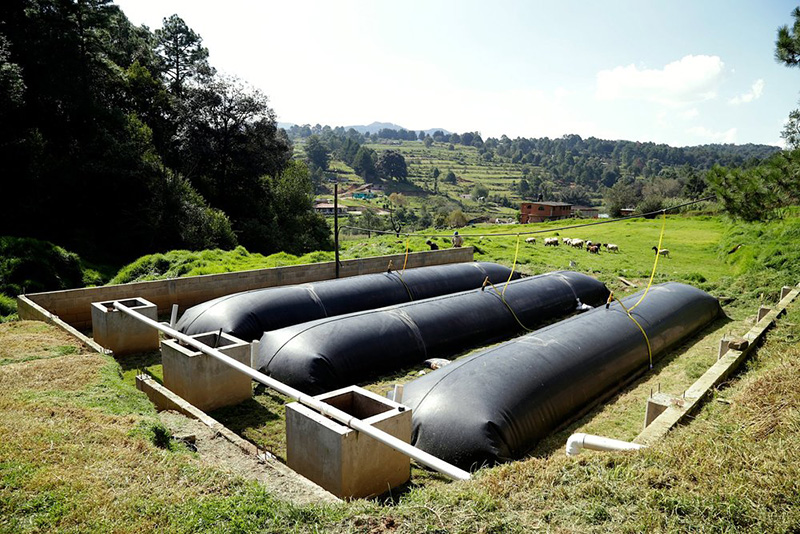 The company’s goal is to help small and medium-sized farms benefit from recycling their waste in terms of money, health, and the environment.

Sistema. bio was started in 2010 in Central Mexico. They make and sell biodigesters that make it easy for farms all over the world to recycle their organic waste.

The company works all over the world and has the power to improve the lives of more than 100 million farmers by teaching them how to farm in a manner that doesn’t harm the environment and utilize renewable energy.

From operational hubs and field offices all over Latin America, East Africa, and Asia, to the Sistema.bio team spreads the word in local languages with local leaders in local settings.

When animal dung is put through the hybrid reactor bio-digester called Sistema. bio, it makes a powerful natural fertilizer and useful biogas.

By adding manure to the system regularly, farmers can grow their businesses, be more reliable when the power goes out, and have less of an effect on the natural world.

A simple way to raise your standard of living could be to turn animal waste into something useful.

Sistema. bio also gives farmers interest-free loans with flexible terms for paying them back and a full set of monitoring services to help them become more self-sufficient, independent, and productive.

Additionally, farmers can be able to turn problems into chances to grow with the help of Sistema. bio with a tried-and-true strategy, customers all over the world can expect first-rate support no matter where they are.

Their careful choice of materials and regular maintenance means that each system is guaranteed to last at least 20 years. Some of these parts are the Reactor, the Tubes, and the joints.

Parts of the system are built ahead of time so that shipping, handling, and setup are easier.

In this system, reactors can be linked together so that the amount of liquid the system can treat goes from 50 m3 to 240 m3.

Waste can be thrown in quickly and easily, and things move along because of the agitation.

The people who use this system are often small and medium-sized farms, slaughterhouses, and community centers among others.

Alex is the CEO and one of the founders of Sistema. bio and has been named a Switzer Environmental Leadership Fellow, an Ashoka Fellow, and an Endeavor Entrepreneur.

On top of that, he has done freelance work as a writer, photographer, filmmaker, teacher, river ski guide, and helicopter ski guide, among other things. Alex lives in Mexico City and works as a journalist and environmental engineer.

Alex is also a farmer, but because he grew up on a farm in rural New Hampshire, United States, he is also very interested in the relationship between farming, natural ecosystems, and society.

He has a master’s degree in environmental engineering that he achieved from Humboldt State.

Camilo Pages is a co-founder of Sistema. bio and its Chief Product Officer.

He is also a co-founder and director at Ecoless.

Camilo studied at the University of Texas in San Antonio.

Sistema. bio has raised a total of about $27,950,000 through different fundraising rounds. Series B funding was the last round of funding for Sistema. bio.

Sistema. bio got money from the Hivos-Triodos Fund, which is an impact investment vehicle run by Triodos Investment Management.

The Hivos-Triodos Fund has joined other leading impact and venture capital firms in supporting Sistema.bio’s efforts to give smallholder farmers access to technology, education, and cash.

With this money, Sistema. bio would be able to grow its business in East Africa, where it wants to hire tens of thousands of farmers over the next three years.

Agrivida: This is a biotechnology company that focuses on agriculture. Under the brand name “Agrivida,” they make fuels and raw materials made from sustainable biomass.

Nuvve: It is speeding up the electrification of transportation with its unique vehicle-to-grid (V2G) technology.

IUNU: This is a company that connects machines, buildings, and workers by using computer vision.