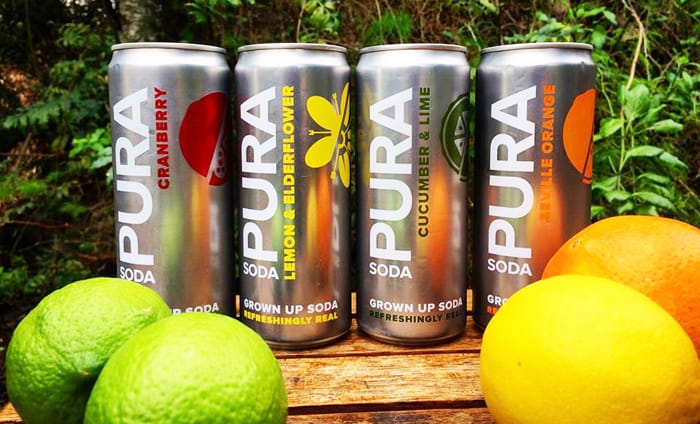 The Pura Beverage Company (PBC) is a company based in Cape Town, South Africa, which manufactures, distributes, markets, and sells “better for you” beverages.

This better-for-you category ( Evolved Refreshment ) is based on global consumer, market research and trends and represents the evolution of beverages, which is rapidly changing consumer drinking habits across the globe.

PURA Soda is a challenger brand pioneering this new category “Evolved Refreshment”- is better for you without none of the compromises of taste or refreshment.

What if there was a fun, simple way to live a little healthier and quench your thirst a little better?

There is. It’s called PURA Soda and it comes with low sugar, natural flavors, and no colorants.

The company was founded in 2015 but after extensive research, development, and testing it was launched in 2017.

PURA Soda has cemented its position as a global brand, exporting to 13 countries including the US, UAE, and UK. In 2019, they won kudos at the Aurora International Taste CHallenge, thrilling expert tasters and being named the “Best Tasting Non-alcoholic Beverage”.

PBC has foundations cemented on good old fashioned values combined with entrepreneurial flair, dynamism, and the belief that as we spend too many hours at work, we should have fun in all we do

CEO and Founder of PURA

Greig Jansen:- Known as an authority in defining vision and implementing mission critical strategies, he has created stability, and sustainability across channels and built strategic alliances throughout the value chain. He has always demonstrated that relationships are the cornerstone of business and trading activities.

The beverage company was funded by the founding team who are former AB InBev, SABMiller, Coca-Cola, Mars, and Red Bull executives, and angel investors with beverage industry expertise.

With a series of funding for marketing the products after the launch, the CEO of Pura soda creign Jansen shared his joy towards the support.

The deal was struck with the help of novitas and has now joined the global league challenging brands such as Fanta, sprites, and Pepsi among others.

The funding helped the company surplus local brands in its first year on the market.

Bohmert a co-managing at knife ventures said that Pura team pitched a compelling business case and after a case study a mutual fit on both business principles and investment potential ensured the deal was concluded.