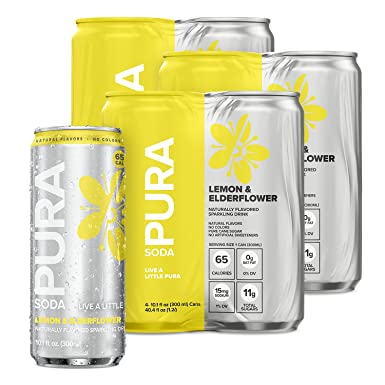 Since its inception in 2015, PURA Soda has established itself as a global brand, exporting to 13 countries including the United States, the United Arab Emirates, and the United Kingdom.

On top of that, Product of the Year 2020, which is voted on by consumers all over the world, named PUR Soda the “Best Cold Beverage.”

Based on consumer, market, and trend research from around the world, this better for you category (Evolved Refreshment) shows how beverages have changed over time, which is quickly changing how people drink around the world.

Besides that, PURA Soda is leading the way in the new category of “Evolved Refreshment,” which is “better for you, without compromising taste or refreshment.”

At the heart of their core beliefs is the idea that everyone should be able to “live a little Pura” without having to give up their most important values.

The drinks this company sells come in a wide range of flavors and carbonation levels, from which their customers can choose from.

Additionally, the Pura Beverage Company was built on traditional values and filled with entrepreneurial spirit, energy, and the belief that work should be fun.

Greig Jansen has an MBA in Strategic Finance and has spent most of his career building relationships and taking organizations to new heights.

This strategy has led to more work and more money, as well as a more positive work environment, more committed employees, and a bigger share of the market.

He has first-hand knowledge and experience negotiating deals in multicultural environments, with companies that make different kinds of products, and managing a multi-disciplined workforce in different industries and countries

He also understands that the operations and relationships with suppliers, customers, and partners are based on a long-term view and a set of values.

Additionally, he is widely known as an expert in the field of strategic planning and implementation when it comes to making long-term plans that would hold up over time.

So far, his record of success has been creating an environment for optimal growth in competitive global markets by integrating different processes and activities.

Angel investors and members of the founding team, including former executives from AB InBev, SABMiller, Coca-Cola-Mars, and Red Bull, gave the beverage start-up its first funding.

Knife Capital is a South African venture capital company with its headquarters in the city of Observatory.

It was founded in 2010. The company’s main market is South Africa, where it helps companies with a focus on innovation and cutting-edge technology get the money they need to grow.

The contract to fund PURA was finalized with the help of novitas. It now competes with brands like Fanta, Sprite, and Pepsi around the world.

Therefore, the company was able to utilize the funds to sell more than local brands in its first year on the market.