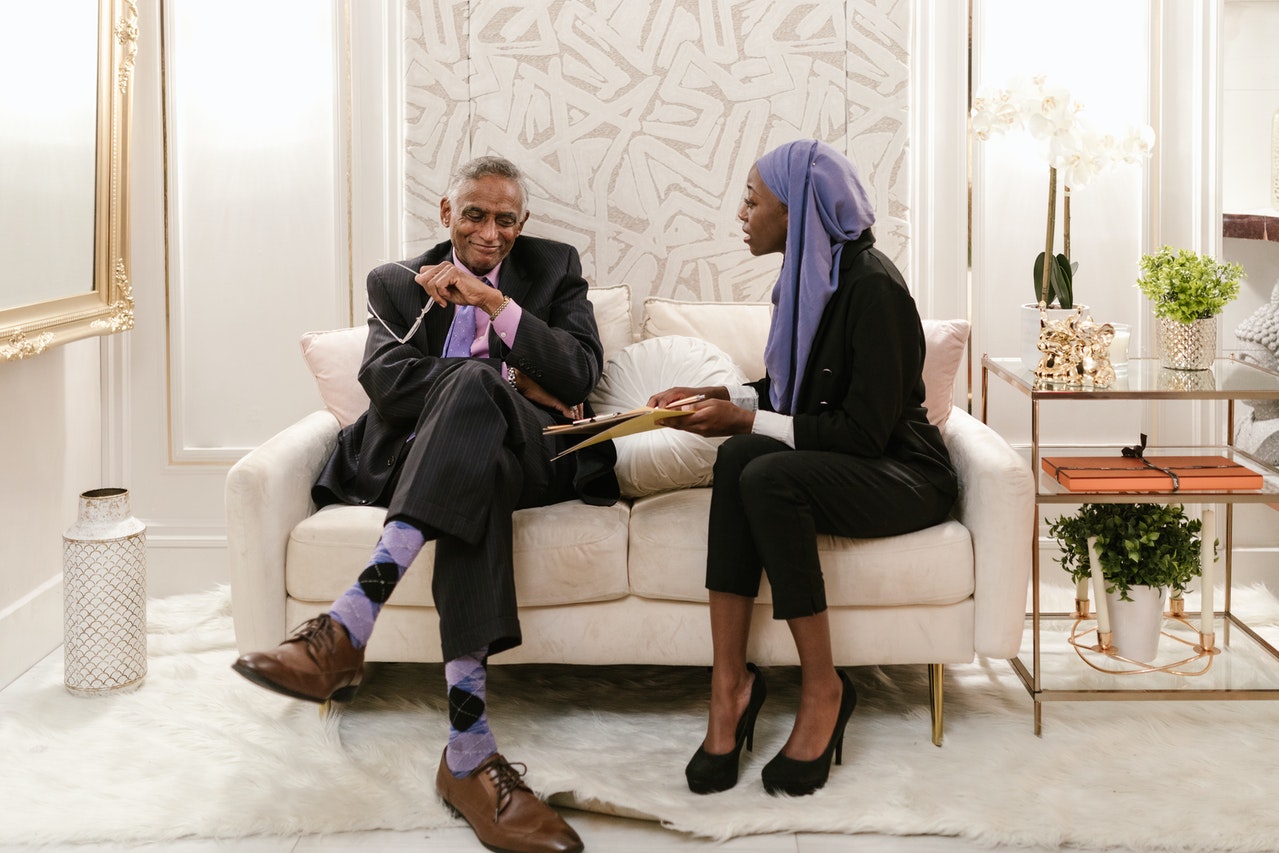 Negotiation is the process of resolving a dispute between two or more parties, typically by reaching an agreement. And it can be done in person, over the phone, or online and it is often done in conjunction with other skills such as listening and communication.

In fact, negotiating is a skill that everyone needs to learn. It can be used to resolve disputes between friends, co-workers, and even business partners.

In today’s article, we are covering some of the best negotiating techniques you can employ now to have a better shot at success.

Negotiation is the process of exchanging ideas and reaching an agreement. It is about understanding the other person’s perspective, listening to their needs, and finding common ground.

Negotiating techniques are used in order to get what you want from the other side.

They are important because they help you understand your own position better and they provide an opportunity to think about what you want from the negotiation.

To have a successful negotiation, the two parties need to be on the same page. This typically starts with an understanding of what you want and what you need. This may change as you negotiate and there may be times when one of the parties wants something that they don’t absolutely need.

For example, if someone is trying to buy a car but doesn’t have a license, the seller may be willing to deal but the buyer may not need a car for work.

Another importance of using negotiating techniques is that they can be used to help you get the best deal on a new car, save money on your cell phone plan, or even get a raise at work.

With that said, here are some of the best negotiating techniques:

1. Familiarizing Yourself with the Subject of the Negotiation

Before you start the negotiation, you need to be familiar with the subject. You should know what is on the table, and what can be negotiated.

The first step is to understand your own needs, goals, and priorities. This will help you figure out how much you are willing to give up in order to get what you want.

2. Thinking about the Other Party’s Perspective and Interests

When you are negotiating, it is an important part of your process to incorporate the perspective and interests of the other party. This will help you fully understand their viewpoint, which will then allow you to understand how they want to see the situation resolved and what they are willing to give up in order to reach a mutually satisfying decision.

Once you know this, you can then craft a proposal that is tailored to their needs and interests.

There are two types of mental models that negotiators can use in order to better understand the perspective of their counterparts. They are perspectives-based and interest-based. Using either one allows you to create proposals that take into account the other party’s needs, wants, or goals.

By doing this, you’re creating a win-win situation, where everybody walks away feeling satisfied.

You’re using your best skills to do what you do well. One of the best skills for doing this is being a good listener. If you can truly listen and understand what the other person is saying without interrupting or focusing on making your own points, then you are more likely to be successful in negotiating.

I often hear that being hard-headed is the best way to negotiate, and that’s not true. If you’re really trying to make a deal happen, then you need to be willing to listen and compromise. Being hard-headed means that you will only ever ask for what you want or tell them your terms without any room for

4. Draw on the power of silence

People often take silence for granted. It is something that we use to avoid awkward conversations, but it has a lot of power when used in the right way.

Silence is one of the most powerful negotiation techniques that can be used in any situation. It doesn’t matter if you are negotiating with a stranger or someone who you have known for a long time, silence can be used to your advantage and can help you get what you want.

Silence is a powerful negotiation technique that can be used to persuade your counterpart. It can be used in a variety of situations, such as when you are asking for an item and the other person is not speaking, or when you want to express your dissatisfaction with something.

One of the best ways to use silence as a negotiation technique is by using it at the right time.

When you are negotiating, try pausing after making an offer or statement. This will make it seem like you are giving them time to think about what you said and will also make them feel pressured into responding quickly.

In addition, silence can also be used if someone makes an offer or statement that you disagree with because it shows that they have offended you in some way and gives them a chance to correct the situation.

5. Leave behind your ego

Pro negotiators are not interested in getting credit for a successful negotiation. They will use their skills and experience to ensure that the other side is comfortable with the final solution, even if it was not of their own original idea.

Power pivot is a negotiating strategy that you can use to have more leverage in a negotiation. It is based on the idea that power is not static and does not come from any one source.

A power pivot is a tactic that allows you to control the negotiation process, by making your counterpart feel as if they are on their heels.

After considering their offer, create an alternative offer that is more beneficial to you while still being reasonable and making your counterpart feel as if they are in control.

Finally, offer your counter and close the deal with a new agreement or concession.

Here’s an example, an employer is asking for applicants to work at a smaller salary/pay rate than what they are currently making so that the company can be more competitive with other companies in the market.

The applicant asks for $80,000 per year while they are currently making $100,000 a year. The employer counters with $65,000 a year so that they can have more people working in the company.

The applicant offers them their original salary of $100,000 and says they would be willing to work 10 hours a week less than what they are currently doing as well as give up health insurance benefits.

The employer agrees to the deal and the applicant is hired.

The power pivot strategy can be summarized into three steps:

4 Steps to Negotiating with 3D Thinking

Besides the negotiation techniques we’ve discussed above, there are other models you can employ.

The first step in the 3D process is to identify your goals and objectives. This includes determining what you want, what you are willing to give up, and what you will not negotiate on.

The second step is to identify the other party’s goals and objectives. This includes understanding their wants, needs, and limits.

The third step is to create a clear plan that outlines how you will meet your goals while meeting theirs as well.

Finally, the fourth step is to execute the plan by following through with your commitments and making adjustments when necessary.

What are the 4 types of negotiations?

There are four types of negotiations: distributive, integrative, win-lose, and win-win.

Integrative negotiation is a type of negotiation where the parties involved want to find a mutually beneficial solution that satisfies the needs of both parties.

What are the 4 most important elements of negotiation?

1. The Negotiator: Who is the person who is going to be negotiating for you? What are their qualifications? What is their experience level?

2. The Objective: What are you trying to accomplish in the negotiation? This can be a price, a change in terms, or anything else.

3. The Situation: What is the environment that you are negotiating in? Is it a public place, or a private places like your office or home? Is it a time crunch or do you have time to go over all of the details with your counterpart?

What is the best negotiation style?

When negotiating, it is important to know which style of negotiation will work best for you.

The two most popular styles are the “win-lose” and the “win-win” styles.

Win-lose: In this style, the negotiator tries to get as much as they can out of the other person. They may use intimidation tactics or try to take advantage of their opponent’s weaknesses.

Win-win: In this style, the negotiator works with their opponent in order to come up with a solution that benefits both parties equally. They may be more willing to make concessions and give up some information if necessary.

How can I improve my negotiation skills?

There are many ways to improve your negotiation skills. The first is to find a mentor. If you can find someone who has been successful in negotiating, they can teach you the ropes and give you the best advice on how to negotiate with people.

Second, have a plan before entering into negotiations. You should have an idea of what you want and what they want before going into negotiations so that when it comes time to make a deal, you know what needs to happen for it all to work out in your favor.

Third, be mindful of the time and place of negotiations. You may not be able to negotiate when there are other people around or when the person is busy doing something else because it may interrupt their work.

Before entering into a negotiation, think about how you can reach a win-win situation with the other person. This means offering something they consider valuable and gaining something of value as well. If you want a $200 haircut and you don’t want to pay more than $130, take the other person to a low-cost restaurant after your cut is done.

What makes a good negotiator?

A good negotiator is someone who can get the best deal for themselves and their company. They should be able to think outside the box and use their creativity to come up with a solution that benefits both parties.

Conclusion: Will there always be a way for you to negotiate with success?

Successful negotiation is a skill that can be learned.

A successful negotiator must be able to persuade, negotiate, and compromise. In order to be persuasive, you must have knowledge of the subject matter at hand and how it relates to the person you are negotiating with. You should also know your goals and how they align with the other party’s goals in order to successfully negotiate.

In order for a negotiator to successfully compromise, they need to understand the needs of both parties and find a way for both parties to get what they want from the negotiation. 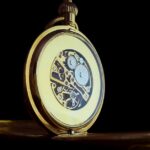 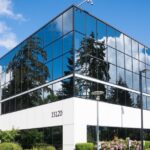