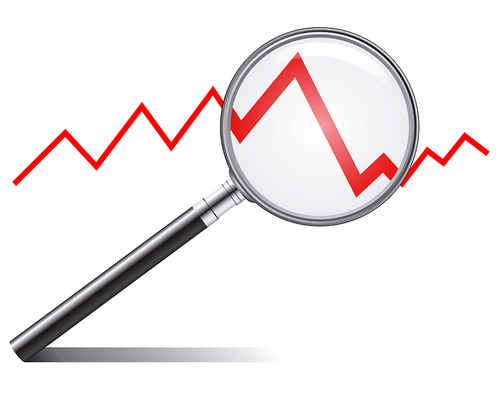 In this blog post, you will learn how to identify emerging trends.

The world is changing at an increasingly rapid pace and it can be difficult to keep up.

You may think that if you are not already in a position of influence or power, there’s no way for you to get ahead of the curve.

But emerging trends are always bubbling up from somewhere and taking hold before they become so widespread that everyone knows about them.

That means if you know what to look for, you can see these trends coming before anyone else does and make moves now to take advantage of them. It’s never too early or too late to start getting involved in something new!

1) Watch for signs of a trend starting to take hold

This is how we spot things like the next big social network if it is starting to have an impact and people are beginning to adopt or use the new trend.

For instance, a few months ago everyone was talking about Pokemon Go! before it took hold in mainstream consciousness as something they should be doing too.

Some warning signs that show you are on the right track:

You see more mentions of this topic online (from any source), there are hints of increased usage in a certain area or among a specific group, it starts to show up on the radar of mainstream media.

Some warning signs that you’re wrong:

You see articles about how this new trend is just another fad and people are already getting bored with it, there’s no evidence of increased usage from any source (online or offline), anyone who tells you they’ve seen something like this before because “it was big last year too“.

ALSO READ  Why Some Startups Succeed While Others Fail

Another way to identify emerging trends is to understand the anatomy of a trend.

To do that, understand the stages of trend adoption.

The original trendsetters and innovators who started it all.

You will find these people at the frontlines of a movement, they are often pioneers with an idea that nobody else has thought to pursue before them.

These are the people you want to have in your corner if you know what’s coming next!

These folks will try anything new just because they refuse to be left behind or miss out on something others are already enjoying.

They may not always get credit for being first but their participation is key for emerging trends because it helps create momentum around this thing we call success (i.e., “overnight” celebrities).

There is usually a bit of a risk-taking mentality to be an early adopter, but it pays off every time.

This is the group that Is usually a little slower on the uptake, and for obvious reasons, you want to steer clear of them if you are trying to spot emerging trends before they take hold.

But their adoption or non-adoption can be just as important because in some cases how much someone cares about something defines whether it becomes popular at all!

You will find these people at the back of every trend, waiting until it becomes mainstream before committing their attention or resources.

The problem with this strategy is there is no guarantee any emerging trend will even make it big enough in your lifetime!

So don’t be one of those people who says “you had better believe I’m getting into VR now!” when nobody else has ever heard about virtual reality (yet).

Just wait around for things like video games and Snapchat to come onto other peoples’ radars first then get involved when you have a better sense of the potential.

This group are visionaries and outliers who do things differently than everyone else because they see what others can’t yet (and don’t want to).

They may not be able to predict how an idea might take hold but if you’re looking for someone who has insight into new ideas that haven’t been invented/discovered yet, go straight to the first.

He was ahead of his time too.

3). Know When To Join The Trend

Trends are like waves, and if you have insider knowledge about where they are headed (or who their next potential adopters will be) then this is the best time to get on board with them before everyone else catches up.

This is a great strategy for people looking to spot emerging trends before anyone knows about them so that they can provide feedback or become early advocates for something new without being overshadowed by an already popular trend.

Once others in your industry start adopting it too.

If every major player has started using a certain tool, technique, or technology then there’s no use trying to keep up because you’ll never catch up!

Remember when Google became the most popular search engine even though Yahoo was around first?

Catching trends early means you’ll always be ahead of the curve.

When they have a proven track record for success already

When something that is new is so revolutionary it immediately takes over, then there’s no need to ask if its worth investing in or not—you just do because anything else would be too late!

It might sound like common sense but this advice isn’t applicable to every emerging trend (i.e., Snapchat) which is why gauging how much traction something has before jumping on board can help determine whether it warrants your attention or not.

Final thoughts on how to identify emerging trends

It is important to know when it is time to jump onto a trend before it becomes too late and the opportunity has passed you by.

Knowing what kind of trends may be coming up in your industry or niche is key to staying ahead of the curve and being innovative with new ideas that are about to take hold.

If you are looking for the best way to identify emerging trends, there is no one-size-fits-all answer because what is trending in 2022 might be different than what was hot in 2017 and 2015 respectively.

If anything, our whole culture revolves around identifying new things so that we can hop onboard them quickly—just think about how many people jumped onto Pokemon Go when it launched last year!

But remember: just like with any other investment strategy, don’t put all of your eggs into one basket even if a particular subject seems like a no-brainer.

Why Some Startups Succeed While Others Fail 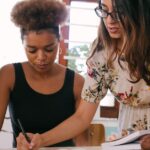 Why Some Startups Succeed While Others Fail 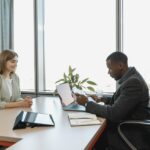